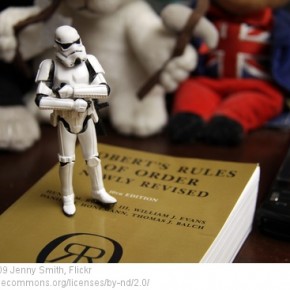 “Houston buzzed Friday with tens of thousands of gun owners revved up for the National Rifle Association’s first convention since the Newtown school massacre and a pro-firearm victory on Capitol Hill.

“But as the event got underway, it sounded more like a mustering of forces in the ‘culture war.’”

I don’t usually read the New York Daily News(though my husband sometimes does), but last month’s story on the National Rifle Association opened my eyes.  This newspaper understands Obama’s Catch-22 in the current political climate of polarization.  The Daily News article captures the real culture war in the United States — a war between SLAMs and SCAMs that is endangering Obama’s cultural-cosmopolitan issues, such as same-sex marriage, healthcare, and transgendered passports.

The danger is that when the SLAMs and the SCAMs become strange bedfellows, they can unite in their opposition to propelling a woman, an LGBTer, or a person of color into a position as a rules maker — part of what I call the political 1 percenters practicing divide-and-conquer.

SLAMS are more insidious than SCAMS, since they hide their intent, or disguise their intention, while practicing the power politics of marginalization.  Even the elite, like Harvard historian Niall Ferguson — who just today apologized for blaming LGBTers for the economic meltdown of 2008, as the New Civil Rights Movement reports — seems out of sync.  He is an embarrassment to Harvard and an embarrassment to all but the academic country-club set.

Since they don’t hide or disguise their motives, SCAMS are much easier to fight or mobilize groups in opposition to them.  SCAMS are easy to identify.  Bold progressives, persons of color, LGBTers, and person with many identities fear SCAMS.  Their intentions, which include chasing women back into the bedroom and the kitchen with God’s word or deadly weapons, are clear.  (This is not to say that many women don’t support them too, of course.)

SLAMS, however, have no Bible.  The highly educated in the academy thump a different book: the former Harvard political philosopher John Rawls’ Theory of Justice.  Though Rawls has been dead since 2002, his Theory of Justice remains a perennial best seller in the academic world and recently passed the 300,000 mark in sales.  And now that there is a musical at Harvard about Rawls, who knows how popular this Anglo-American political philospher will become.

Rawls’ Theory of Justice, which garners upwards of 400,000 hits on Google and another 55,000 on Google Scholar, has, like Robert Dahl’s pluralism before it, been interwoven into the mainstream and translated for popular consumption in conservative and mainstream magazines, from the right’s National Review to bipartisan The New Republic.

And what weapons do SLAMS wield?  Not so much the gun-toting type, they are better described as Robert’s Rules rationalizing.

Robert’s Rules of Order constitutes the definitive guide to running supposedly fair, orderly, and smooth meetings and assemblies.  Created in the 1870s by Brig. Gen. Henry Martyn Robert, an Army engineer, they protect the SLAMs in the elite, though not so much Ferguson, who, as a SCAM, risks being routinely outed (and then possibly benefiting from the controversy by selling more books).

Why dwell upon this sectarian split, this pincer movement in the war on women, converging from different directions?  Why call out the SLAMS, who support women at times and then drop them at other times?  Because not understanding the dynamic between SCAMS and SLAMS in war on women imperils Hillary Clinton, Elizabeth Warren, or any other female Democratic nominee.  And it could divide and conquer the Democrats in 2016.

10 thoughts on “SLAM-a-Rama OR SLAMs and SCAMs”