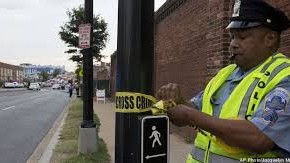 The Loss of the CUNY Distinguished Professor Marshall Berman: He would have been pleased by his funeral, with every speaker saying the same things and giving us the same image of the same man from very different facets (a spectrum, or a rainbow).  He would have enjoyed the smirking and grandstanding (for the political/journalism equivalent, see This Town.  And of course, he would have been comforting all his graduate students for his own loss, as well as his family and friends.  We will all be reading, re-reading, and teaching Marshall’s books.

I will miss Marshall.  I might not have married Fred, or have read certain books to my sons, had it not been for his influence on my life.  Marshall’s authenticity, his spirit, his truth (relative, of course, not universal), meant that he was not only an intellectual giant, an idiosyncratic voice, but also a mentor for so many on so many different levels that it would take a lifetime and a Ph.D. in urbanism to excavate the many lives he affected.  Play it Forward.

Tragedy of the Navy Yard:  Even more tragic, but the same goes for grandstanding andagenda pushing of any kind from any political perspective or gendered lens, though in the case of giving more to our vets, there is no contest.  War is war.  Two hundred days in combat, as the rather dreadful film about J. D. Salinger said, is the definition of insanity.  Twelve victims — is devastating and too much.  All involved should be given privacy.  We, as a family, turn any picture-making or repetitive media off as our sign of respect.