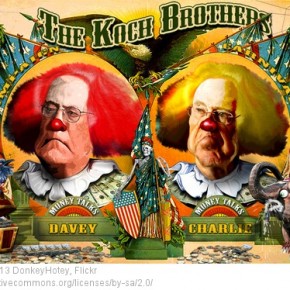 Money talks.  By a 5–4 decision, the Supreme Court ruled — who cares about corruption.  American citizens now have to live with the third brick thrown at good governance, or the attempts to control corruption.

Supporting corporate crony capitalism, Chief Justice John G. Roberts, Jr. extended the logic underlying Citizens United.  This 2010 decision enraged citizens in the United States — who united to fight back and fought the fair fight for good governance, and just lost again.  The Roberts Court extended the idea that money is equal to free speech.  One cannot forget, however, that Citizens United was only an extension of the fundamental principles behind Buckley v. Valeo – or money talks.

Buckley v. Valeo led to an anti-corruption campaign-finance law.  The solution the legislative and executive branch proffered: Use public monies to finance campaigns for the public.  Campaigns and elections, after all, are all about the public good.  So, how can representational democracy be democratic if it disses the demos?  Then, if the candidate decides to accept public funding, s/he accepts the spending limitations.  But the Supreme Court back then, after Watergate, ruled they don’t care — money talks.

In his dissent, Stephen G. Breyer, lamented that what this new Roberts Court ruling does is open the “floodgates.”  And to be sure, this is true.

It does not just open the floodgates to  Koch-like brothers, who have been in the shadows running super PACs  and independent campaigns, but it means they’ll be running the money behind political parties and candidates too.